Yey! Finally, after months of closure the Third Mainland Bridge, the longest bridge connecting Lagos Island to the mainland was re-opened on yesterday, Tuesday, earlier than estimated. 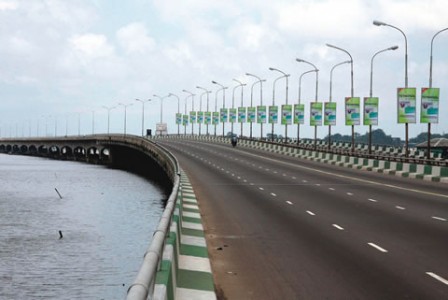 Rehabilitations on the bridge started in July resulting in its partial closure. Reports had been rife that the bridge was oscillating in 2006.

This led to the inspection of the bridge and the eventual rehabilitation and replacement of expansion joints in July.

Thank God. Hopefully, traffic flow from the mainland to the Island will be better. Although, I must confess that it wasn't actually as bad as we all thought it will be during the repairs.
Posted by Yimiton at 6:58 AM