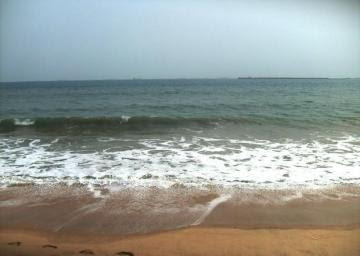 Ok...I don't believe Nigeria can suffer any form of hurricane but well...Lagos state said it, so there might be some truth in it.

The Lagos State Government, yesterday alerted residents of a possible ripple effect of the hurricane such as ocean surge on the state’s coastal areas within the next seven days.

The alert was given by the state Commissioner for Waterfront and Infrastructure Development, Prince Segun Oniru; Commissioner for Information and Strategy, Mr. Lateef Ibirogba as well as Special Adviser to the Governor on Environment, Mr. Taofeek Folami, at a joint media briefing in Alausa, Ikeja.

However, a professor of climatology at the University of Nigeria, Nsukka (UNN), Professor RNC Anyadike, countered that Nigeria could not suffer any ripple effect from the hurricane.

Asked if Lagos could suffer ripple effects from Hurricane Sandy, Anyadike said: “It is not possible. We don’t have hurricanes in West Africa.

“Meanwhile, Hurricane Sandy has already hit land, it will soon dissipate. What kind of ripple effect are they talking about? Do you know how far we are from New York? “The only thing we are likely to experience is heavy rainfall occasioned by climate change not hurricane.”

Oniru attributed the likely ripple effect of the Hurricane to the location of Lagos, lying parallel to the South America region.

His words: “We want to let Lagosians know what is going on, and what to expect, it is not to create panic, they should be careful around the ocean and lagoon. In the last five to six days, around the Caribbean, from Jamaica, Haiti, Cuba and Hurricane Sandy has hit the east coast of America.

“Normally, when such happens, and the magnitude of it hits that part of the world, we always have a ripple effect in Lagos and around the West Coast.

Also speaking, Ibirogba urged residents to be vigilant, assuring that the state government’s emergency response squad was on alert to manage any likely surge caused by the Hurricane.

Special Adviser on Environment, Folami however, warned residents to refrain from dumping refuse in drainages and canals.
Posted by Yimiton at 12:20 PM