Jim Iyke apologises to Linda Ikeji for wrongfully accusing her! 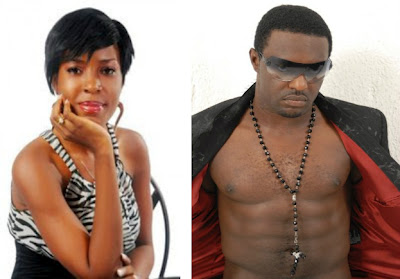 Hehehehehehe, how come everyone just assumes Linda Ikeji is the culprit once a star is talked about in a blog.

Nollywood actor, Jim Iyke, has finally apologised to blogger, Linda Ikeji, days after a tweet fight began when he accused Ikeji of publishing an image of him eating roasted corn in Amsterdam, Holland.

Although this will be the second time in three months that the former model and blogger will be coming under attack from a celebrity as a result of stories published on her blog, thankfully, this time she seems innocent.

The picture in question was not published on her blog but on another that bears a close resemblance in name to hers.

But long before Iyke realised that it was just a case of mistaken identity he tweeted a series of venom targeted at Ikeji. He started off saying, ‘F#*k off lady! I’m not even gonna pretend to be a gentleman about this. U can play the victim all u want but I don’t give a rat ass, period.”

In response, Ikeji retorted, “You are just attacking me for no reason. You sure you are alright?”

Many tweets after and having realised his mistake, the actor waved the olive branch by tweeting an apology to Ikeji, “Apologies Linda. My vitriol on you was a genuine error as I misread the handle. Hope you will borrow a leaf from my apology based on your antecedent attacks,” he said. Still feeling every inch guilty, Iyke later tweeted, “Apologies to my fans. I am man enough to admit when I am wrong. It was easy to misconstrue given her many unsubstantiated antecedents. God bless.”
-Punch

This Jim Iyke is proud sha.
Posted by Yimiton at 6:48 PM