Harvard-educated Nigerian woman accused of ‘effectively stealing’ from the British taxpayer for giving birth in the UK and running away without paying after incurring a bill of £10,000 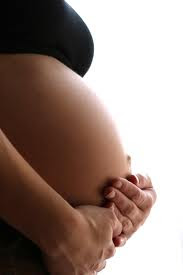 According to Mailonline: A Heavily-pregnant woman flew from her home in Nigeria to take advantage of the NHS by having her baby in Britain. She had £10,000 of treatment but is understood to have returned to Nigeria with her baby without paying a penny. The woman travelled 3,200 miles from Lagos to Manchester because she was worried about the standard of care in her own country and thought she would be in safer hands.

On arrival she went straight to Wythenshawe Hospital where she told doctors that there were complications with her pregnancy.  Two midwives, two urology consultants, a radiology consultant, two obstetric consultants and two anaesthetists attended her in the delivery room before her healthy baby was born by emergency Caesarean section on Wednesday of last week. Before she was discharged on Monday, hospital staff sought billing details for the woman and told her the cost of the treatment was around £10,000. However, she is not thought to have paid anything.

Last night MPs called for an inquiry and accused the unnamed woman of ‘effectively stealing’ from the British taxpayer. The Government said it hoped new measures would tackle ‘health tourists’ who fly to Britain to take advantage of the world-renowned NHS. Health minister Simon Burns said: ‘We won’t tolerate abuse of our health service. The NHS has a duty to anyone whose life or long-term health is at immediate risk but it is not there to serve the health needs of the globe.’ Hospitals are allowed to bill non-EU patients who travel from their home countries to the UK for medical treatment on the NHS. But health sources say that in reality patients often return to their homeland without paying and the debts are then almost impossible to recover.

The Harvard-educated woman flew to Manchester Airport and went directly to Wythenshawe Hospital. It is believed she chose the well-respected university hospital because she knew it had a maternity unit and was less than two miles from the airport. On arrival she told doctors she had undergone an ultrasound scan in Nigeria which revealed complications with her pregnancy which suggested a Caesarean was advisable. Nigeria offers free maternity treatment but the quality of the care is very poor and there is a high mortality rate. A woman there has a one in 13 chance of dying during pregnancy or childbirth, according to recent statistics. Her baby was born at Wythenshawe without complication. Mr Burns said: ‘There are comprehensive rules and procedures to charge visitors for hospital treatment but we know that the system needs to be improved.
Posted by Yimiton at 6:19 PM