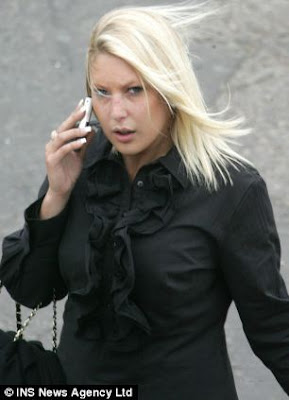 I don't know where women who are not ready to be responsible for their kids get the idea that it's ok to have them and neglect them. Believe it or not she not only let this happen but she also tried to blame her older son, who was less than 3 for the crime!


According to Mailonline: A young mother was jailed today for letting her 12-month-old baby drown in a bath while she went out to drink wine with neighbours and then tried to blame the death on her older son.

Danielle Reeves, 24, left her son Frankie-Joe and his brother Alfie, now aged three, unsupervised in a dangerously overfilled bath for up to 50 minutes. A court heard Reeves had gone to see a neighbour after a row with the father of her two children where she complained about the relationship and drank a tumbler of white wine.

It was then they heard her older son Alfie screaming and returned to the flat in Redhill, Surrey, to find Frankie-Joe lifeless in the bath just a day after his first birthday in September last year.Guildford Crown Court heard Reeves then tried to blame her older son for his death - claiming he was jealous of his little brother. Reeves, of Caterham, Surrey was sent to prison for 45 months when she appeared in custody after pleading guilty to manslaughter.Reeves wept uncontrollably as Judge Christopher Critchlow told her: 'The degree of culpability in this case was high.'

He said that Reeves was guilty of gross and criminal neglect, adding: 'There must be an immediate term of imprisonment.'Guildford Crown Court heard that Reeves argued with her children's father after deciding to move out of the property to pursue a freer and more fun loving lifestyle.

Prosecutor Ms Ruby Selva said they heard Alfie screaming and Reeves shouted out to the older boy to sit down and turn the shower tap on for entertainment.