When it's the cool thing to be a Nerd. Big Bang Theory.

...It all started with the big bang! 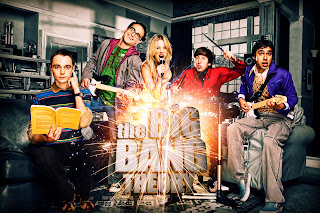 I'm usually not one to see a series from the beginning to the end but this Big Bang Theory is something else! The Series is not very popular in Nigeria but according to 'UberFacts' it's the most watched series in Canada.

It is not surprising at all as this is one of the best shows I've seen in about 10 years! It's one program every parent should encourage his children to see. It's hilarious in a very clean way and totally  glorifies intelligence and makes everybody who's not so intelligent feel like a Morgul in Hogwarts school of witchery. All the major characters are academic doctors in some serious science field or another.

I just can't wait to close for the day so I can go see the remainder of the Series.

If you've seen it, drop a comment and let's know what you think about it.