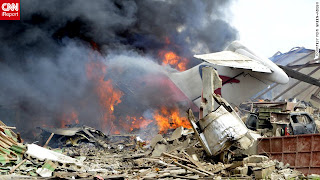 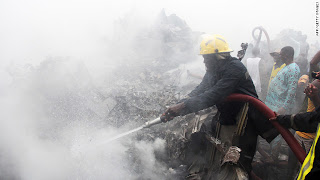 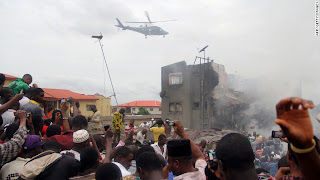 I was reading through CNN's account this morning and it's so sad that so many nationalities were involved in this tragic event.


According the CNN's Report:  -- The pilot of the Dana Air plane that crashed into a densely populated neighborhood in Lagos, Nigeria, was an American who radioed that the plane was having trouble just minutes earlier, an airline official told CNN on Monday.

The details emerged as search and rescue crews worked to recover bodies from the wreckage, while authorities searched for the flight data recorders to try to piece together what brought down the plane Sunday, killing all 153 people aboard and at least 10 on the ground.
The death toll will likely rise as crews search through the rubble of a two-story residential building that the McDonnell Douglas MD-83 plane struck.
It was unclear how many people were inside the building and on the street outside at the time of the crash, Mohammad Sani Sidi, the emergency management director, told CNN from the crash site.


The pilot declared an emergency as the plane was on final approach to Murtala Muhammed International Airport, and witnesses said it appeared the plane was having engine trouble, said Oscar Wason, Dana Air's director of operations. 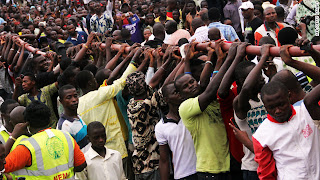 The airline did not release the pilot's name or hometown.
The co-pilot was from India, and the flight engineer from Indonesia, Wason said.
Among the dead are six Chinese citizens who were on board the flight, the Chinese Embassy in Nigeria said Monday. 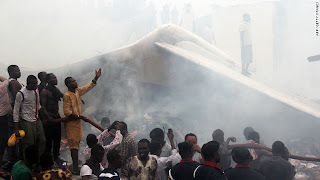 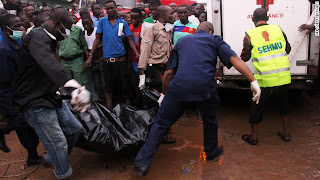 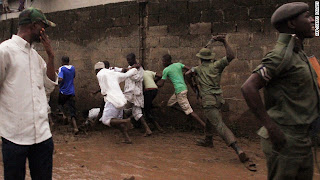 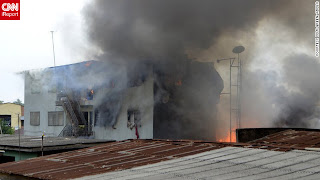 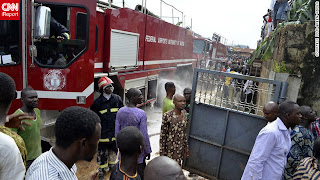 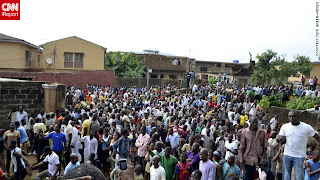 According to witnesses, the passenger plane appeared to be coming in high with its noise up when it crashed, hitting the ground tail first, Wason said.
The flight, bound from the Nigerian capital of Abuja, crashed at 3:43 p.m. (10:43 a.m. ET) in the neighborhood of Iju Ishaga, just north of the airport, according to the Nigerian Civil Aviation Authority.
The crash site was 11 miles from the runway, Wason said.
By Monday morning, crews had recovered more than 80 bodies, including 10 believed to be residents, Sidi said.

The families of the dead were gathered at the airport late Sunday, hours after the crash, where they were told there were no survivors, Wason said.

Nigerian President Goodluck Jonathan ordered an immediate investigation in to the crash, while declaring a three-day period of national mourning for victims of the crash.
Initial rescue efforts were hampered by massive crowds that poured into the streets following the crash, making it difficult for crews and medical workers to get to the wreckage.

Culled from CNN
Posted by Yimiton at 10:41 AM