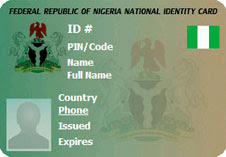 The president made this known in Abuja on Tuesday, while speaking at the inauguration of the new board of the National Population Commission (NPC).
The new NPC team is headed by former Managing Director of the Nigerian Breweries Limited, Eze Festus Odimegwu.
The president charged the NPC teamm on what he called two sensitive population issues, first is that they must ensure that every Nigerian gets his national identity card by 2015 and that they should set up a committee to advocate the need to manage the population.
He also expressed his desire to see the nation’s vast population and human resources, utilised as an asset for national development, “if properly managed”, he added.
Source: Channels TV