How Farouk was caught on video. This is hilarious! U got to read it. 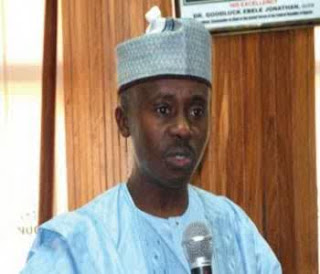 A friend sent this to me on BB and it's so hilarious, I had to share. Read and laugh.

Farouq Lawan visited Otedola's house on three different occasions over the bribe issue.
On each occasion, he drove himself in a C class Mercedes Benz. Five video recordings, lasting an average of eight to 10 minutes each were made on each of those visits.

According to a source in the security services, on the first visit, he had lunch with Otedola where the amount to be paid was negotiated and eventually agreed on.

Later in the day at the plenary session after he had collected the second tranche, he got the House to clear Zenon as one of the companies that bought foreign exchange but did not import petroleum products.

"Nigerians will reel with laughter if they ever get to watch this video. It is on the one hand hilarious and on the other, shameful," a source said.

Further investigations revealed that Lawan's resort to stuffing the money in his pockets and cap was done to avoid arousing suspicion from Otedola's domestic help who would have seen him entering the house empty handed and coming out carrying a bulging envelope.

However, unknown to him, a surveillance video camera carefully installed by the SSS was recording all his actions."
Posted by Yimiton at 9:33 PM