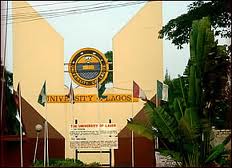 A Federal high court judge in Ikeja has restrained the Nigerian president from changing the name of the University of Lagos, a 52-year old school widely known as UNILAG.


Justice Stephen Adah granted the interim injunction sought by students and alumni of the institution.
The plaintiffs had filed a lawsuit against the university’s governing council, the senate, office of the AGF and the Nigerian national assembly.

On May 29th 2012 President Goodluck Jonathan arbitrarily renamed the university after Bashorun MKO Abiola, the acclaimed winner of the June 12 1993 presidential election that was annulled by the military junta led by Ibrahim Badamosi Babangida.

However in the course of street protests students and alumni of the university resisted the name change leading to the closure of the university.
The court has adjourned further hearing in the case till July 4.