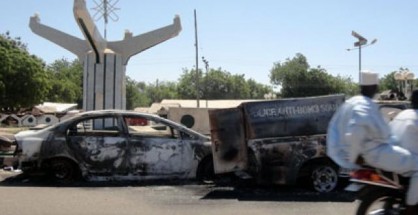 The Yobe state government has imposed a 24 hour curfew in Damaturu, the state capital.

This followed the intense gun battle between the Joint task Force (JTF) and suspected members of the Boko Haram Islamic sect which occurred on Monday around 5:30 pm, running through the night.