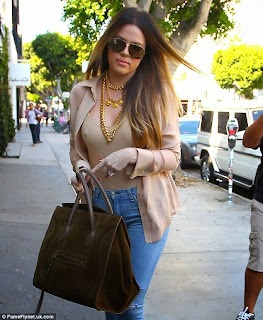 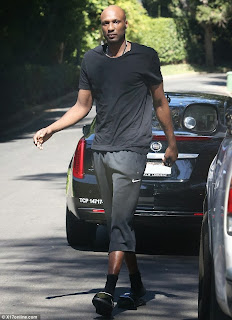 After Lamar Odom visited his wife on Tuesday at the Tarzana home they formerly shared, she found a bag of what appeared to be cocaine.
Sources connected with the couple told the TMZ it was not clear if he was carrying it or if it was in the clothes he was picking up from their house.

The source said Khloe went ballistic, telling him that he was a liar before saying, 'I'm done with you.'

They added that the Lamar didn't seem bordered abut it during their argument and had allegedly accused Khloe of stealing his drugs.

Both of them are still wearing their wedding rings, despite their estrangement, however TMZ added that this latest incident was 'the last straw'.
Posted by Yimiton at 3:22 PM