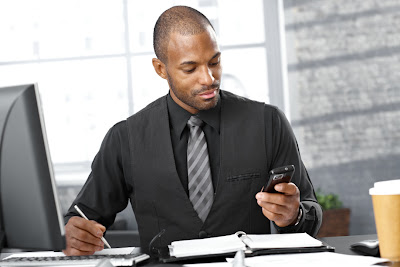 I attended a company sponsored training today and the passage below was a time management case study which incidentally is a real life event.

After we’d read the passage, we were all told to draw the process of how we typically spend our time daily. It wasn't surprising to see that most of the men and some women have become '12 O'clock parents'

The passage was written by Reuben Abati in 1994 and it was quite surprising that as far back as 19 years ago, this syndrome was already sweeping Nigerian Families.

Read the full story after the cut

.....I guessed he would be a banker from the way he was dressed. He later confirmed this, but he does not work in any of these distressed banks he had said. His is a modest bank which has learnt not to conduct his business on the pages of newspapers. And it is doing ‘damn well’.

He came to Lagos, several years back, a product of a humble background in a village in Western Nigeria. The only advantage at his disposal was a degree in Economics and perhaps, the determination to succeed. Things were hard for him initially as he moved from one job to another, struggling to remain alive, but the ladder of success eventually yielded itself to him and he climbed up rapidly.

Things became easy. He acquired the basic things of life, took a wife and in a short while three kids followed in quick succession. But with this, all he discovered was that the comfort he had acquired was far from being enough.

‘so I had to work harder. From Monday to Sunday, I hopped form one engagement to the other, looking for opportunities and any extra kobo that I could earn. It was as if the more opportunities I had, the more pain I had to encounter. I worked myself to the bones. I needed to do so much and I had found a way of enjoying it. I guess I have no option.

"So what is’ the story in all this," I mused. "Is there any fellow in Lagos or elsewhere who does not work hard to earn his keep?"

Still, the man continued: "I usually left home by five in the morning and I usually didn’t get back until late in the evening. I also worked on Saturdays. I became pre-occupied with work that the only time I ever spend with my wife and children was Sunday afternoon. At the time I leave for work in the morning, the children will be in bed, when I return late in the night, they would already be asleep. Sunday afternoon was our only rendezvous. They’d go to church in the morning an return by 12, by which time, I’d be awake and ready to spend time with them, before leaving for the club at 4pm. That was how things were, until a month ago…"

He had to leave home before the kids returned from church. He had fixed a Sunday afternoon appointment with someone and that was the only time he could see the fellow. So, he had to leave. His children returned. It was at this point that the source of his agony began.  The children noticed his absence. They approached their mother and one of them put a question to her wanting to find out the whereabouts not of their father, but of a certain Sunday afternoon visitor. “Mummy”, one of the kids had asked” where is that man who usually comes visiting at 12.00 O’clock on Sundays. Won’t he come today? It is past 12.00.”

Those where the exact words. The daughter who spoke was speaking the mind of the other two. Our friend had become a stranger in his own home, his children for whom he allegedly toils, so that they can have a future without pressures, think of him as an outsider.

He eventually went back home that evening. The kids were already in bed, but their mother stayed awake and she proceeded to give a verbatim report of what had happened. He was stunned. His own children? They don’t know him as their father anymore? His wife’s advice was that he should devote more time to his family.

“You can imagine how I felt. For days, I was sad. So, what is the sense in all my efforts if the people for whom I laboured don’t even know me. That’s why I am here. I need your assistance. I want you to make a public confession, so that others can learn. I believe there must be people like me out there. Follow 12.00 O’clock husbands and wives who are gradually losing contact with their families. I have just joined a group for the protection of the family…these are the people we want to reach. I could have written it myself for public consumption but I don’t have the time to do so and I'm not too sure it will be published…Our assignment is to ensure that the search for opportunities does not destroy the bond within families.

He was right, wasn’t he? The man is an archetype. There are many like him who still remember the faces of their children only from the photographs in their offices. They are so busy that they do not know what it means to be a father or husband any longer. Their jobs, and the money they make, are the only true families they have. Their wives are no better than slaves. As long as the house is well-furnished and she receives a generous house-keeping allowance, she is not expected to complain. The children, oh! Those little things - what do they need other than a bribe of chocolate? But the meaning of family is soon discovered when crisis sets in. the man realizes that being a family is more than the trinkets he buys for his wife and the bars of chocolates with which he bribes his children. He is confronted with the truth that it is the little things we overlook that matter most, they yield the potential to disrupt our dreams. The society is suffering, there is disorientation, the family, the root of social production is going. It’s gone. It is dying….

If you're not a 12 O'clock parent, how do you efficiently manage your time that you still have time for your family and other important things of life like spiritual, social etc? Please share your experiences so others can learn.