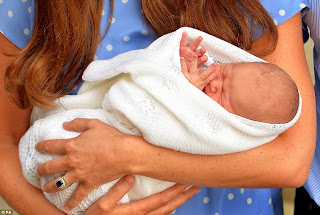 This family is just so beautiful. It's lovely that Kate is proud to show off her post-baby bump and show off their royal baby to the world.

The baby was seen for the first time as the future king left hospital with his ecstatic parents yesterday evening, who revealed they had not yet chosen him a name.

Prince William and Kate waved and smiled broadly to the waiting cameras as they held their prince on the steps of the private Lindo Wing at St Mary's Hospital in London, 26 hours after he was delivered, weighing 8lbs 6oz. 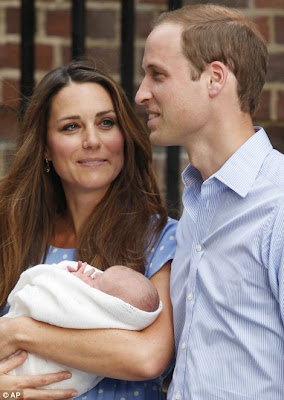 Speaking for the first time since giving birth, an obviously moved Duchess of Cambridge said: 'It's been very emotional. Any parent will know what this feeling is like.' 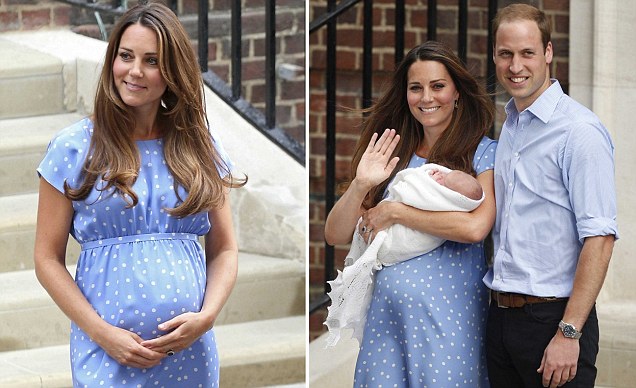 As they left St Mary's carefully cradling their precious child, the Duke of Cambridge followed the steps his parents Charles and Diana took with him 31 years ago, when he was born there on June 21, 1982. 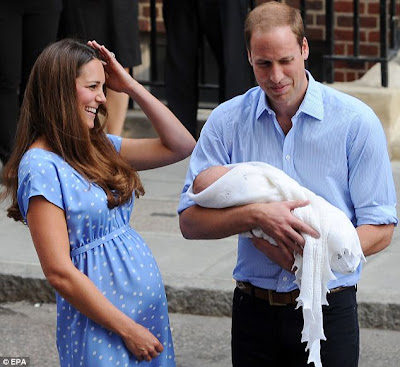