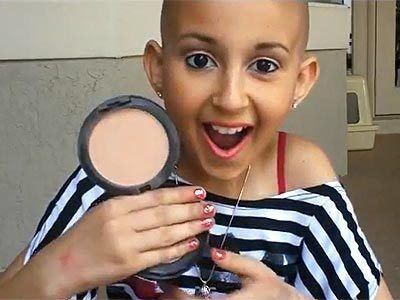 Talia Castellano, the miniature makeup maven with her own YouTube channel, clothing line and honorary CoverGirl ad, has lost her six-year battle with cancer. She was 13.

“It is with a heavy heart that we share with all of you that Talia has earned her wings at 11:22am,” her official Facebook page announced this morning. “Please lift her beautiful soul, her beautiful light to heaven and please send your love and prayers to her family during this most difficult time.”

The spunky teen gained attention after her YouTube makeup tutorials drew more than 40 million views. With her funny, candid personality and determination in the face of a grim cancer diagnosis, her vlogs quickly became about much more than just makeup.

“I’ve always been a really bubbly girl, and my mom always tells me to think about the positive,” she told PEOPLE in 2012. “Even though cancer is a negative, horrible thing, there are positives. For people to see that there are kids that get cancer… it’s just a true fact. Me putting a face on it makes a difference.” 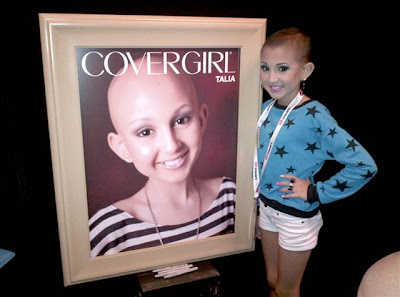 The fashion-obsessed Florida girl drew fans around the world, including talk show host Ellen DeGeneres. Last September Talia appeared on Ellen, where the host welcomed her to the CoverGirl family.

“How do you stay so positive?” DeGeneres asked Talia, whose cancer treatment options, including a bone marrow transplant, were then running low.

“When people ask me that, I’m just, ‘What do you want me to do? Be depressed?” said Talia, whose motto was that of Finding Nemo‘s Dory, voiced by DeGeneres in the film: “Just keep swimming.”


May her beautiful soul rest in peace.