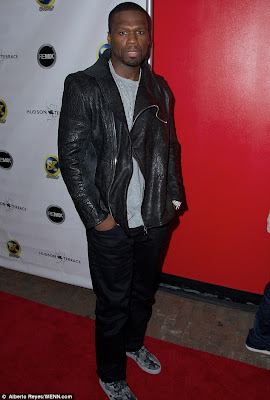 Seriously, 50 Cent should take a cue from JayZ and get a grip on himself.

50 Cent was charged on Wednesday with domestic violence stemming from a June incident with an ex-girlfriend. He was accused of allegedly kicking his ex who he has a child with and causing $7,100 in property damage at her condominium in Toluca Lake, California.

50 Cent, allegedly began destroying the woman's chandeliers, furniture, television and a lamp, as well as ransacking a bedroom closet.

The woman locked herself in a closet and the rapper allegedly kicked down the door and kicked the woman, too.

50 Cents was charged with five counts, including one count of domestic violence and four counts of vandalism.

50 Cent and the woman had been in a three-year relationship and he has a child with her.

The rapper faces a maximum sentence of five years in jail and $46,000 in fines, if convicted on all counts.