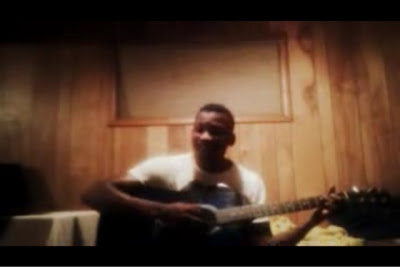 I just heard about the death of Yinka Olonode, an erstwhile popular On Air Personality for Rhythm FM who also appeared on an MTN advert some years ago.

According to reports, he apparently committed suicide by jumping from the 15th floor of the Nines hotel at 525 S.W downtown Portland rooftop restaurant on Monday, 29th April evening.
If you can't remember him, just think back on one of the first adverts MTN made. It was set in a university campus scene where a guy was too shy to ask a girl out and his friend eventually hooked him up with the girl. The girl eventually said 'I thought you'll never ask'

One of the guys, the one with the coloured hair in that advert was Yinka Olonode. He attended Unilag and he was quite a popular student.

He recorded a song No woman no cry on YouTube before he left Nigeria in 2003 and he was quite good. He didn't pursue a music career though.

He was a model and a very good On Air personality in Nigeria.

I don't know whether or not he was married but I know he had a daughter named, Feyisola Elizabeth.

Nobody knows his motive for the suicide yet.

May his soul rest in peace and may God look after his young child.
Posted by Yimiton at 2:32 PM