My childless Friend's husband is dating an intern in my office with the intention to have a child with her, should I tell my friend? 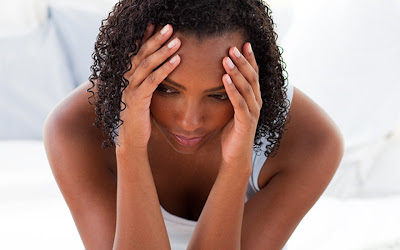 This is something that has been bothering me for a while. It's sending me crazy and a I need advice quickly before I make the wrong move. This problem is not particularly about me but about my friend, Jane (Not real name).

Jane has been married to Paul for 10 years without a child.  Before she got married, she dated him for over 3 years and I still remember how excited she was when he finally proposed. She couldn't stop looking at the ring and telling me how lucky she felt. She started planning the wedding immediately and it was a very successful wedding.
For the 1st 3 years of their marriage, it was obvious they were very happy. Jane worked in a small financial firm while Paul worked in an IT firm.

They both decided that they weren't ready for the financial burdens of a child, so they were on birth control for the first 3 years.

Within that period, Paul got a job with Schlumberger while Jane and I got jobs in the same bank. I became Paul's banking officer and I can tell you that he was bringing in some very good money. To give you an idea of what he's worth, he has over 30 million Naira in his fixed account which I currently manage.

With their lives financially settled, they decided it was time to start trying for a child and Jane went off birth controls and that was where the issues started.

They started trying and for the first 1 year, there was no pregnancy on sight. Jane became depressed and sometime last year, Paul encourage her to quit her job and concentrate on trying for a child and that was what she did.

Meanwhile, while Jane was still working in my office,  an intern, Cynthia was recruited in my company. She lives close to Jane and asked if she could be getting rides home and to work. Jane didn't see anything wrong in it even though it was Paul who used to drop her off at work and pick her up after work.  Cynthia started getting daily rides with Jane and Paul and before you know what was happening, Cynthia and Paul started dating.

Now, Cynthia is not even hiding the fact that she's dating Jane's husband. He has moved her to a very classy apartment in Ikoyi and spoils her with gifts of all sorts. Jane has all the new gadgets you can think of. Be it, iPad, iPhone even the new bb z10, all courtesy of Paul.

I called Cynthia to talk sense into her but she was so rude and told me to go to hell. She dared me to tell Paul and boasted that Paul has asked her to be his baby mama but she has refused for now because she has a boyfriend in Germany. She said she's not doing anything wrong as the man has enough money to take care of 2 women.

My worry now is that Jane has been begging her husband that they should try IVF and he has for some reason been evasive about it. He hasn't made any statements to commit to the idea and this is freaking my friend out.

I am at a crossroad at what to do. If I tell Jane, Paul might find out and close his account with me. That will affect my job. Jane might also not take it the right way as she's so broken right now and very depressed. I'm afraid this might be a wrong time to tell her.

I'm also afraid of Cynthia's audacity. She talks as if she knows what's she's talking about and not even afraid to show off Paul's gifts. I'm afraid she might have a hidden agenda and probably has plans to go ahead and get pregnant for Paul. I've never seen the boyfriend that she said she has. If Jane doesn't know and Cynthia breaks her home, I won't be able to forgive myself.

Please I need advice seriously. I need to know what to do to save this poor woman. She's my best friend and we've been friends for ages. It's so painful to watch her hurt and her home seems to be falling apart.