Boko Haram rejects amnesty. They say it's the Govt. that needs pardon from them 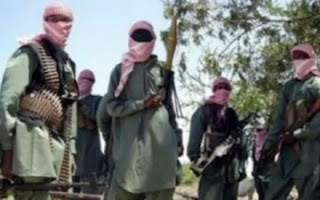 Kano - The leader of Nigeria's radical Islamist group Boko Haram has rejected the idea of any potential amnesty deal, which the country's presidency said it would study in a bid to curb a bloody insurgency, in a statement obtained by AFP on Thursday.

Abubakar Shekau, the purported head of Boko Haram who has been designated a global terrorist by the United States, claimed his group had "not committed any wrong to deserve amnesty".


"Surprisingly, the Nigerian government is talking about granting us amnesty. What wrong have we done? On the contrary, it is we that should grant you pardon," he said, listing what he described as the state's "atrocities" against Muslims.

The Hausa language audio recording was distributed by email in a manner consistent with previous Boko Haram messages, and the voice was similar to that of previous Shekau statements.