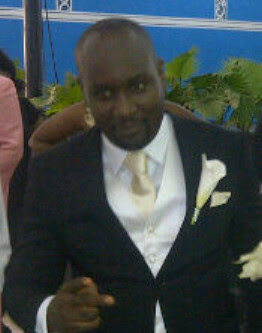 A very sad BB broadcast about a young man who was allegedly shot by the Nigerian police has been going around with family and friend of the victim demanding for justice and requesting that the broadcast be carried around until it reaches appropriate authority.

One of the broadcast messages sent by Kemi Awe, his Unilag M.sc class mate who knew him personally read: 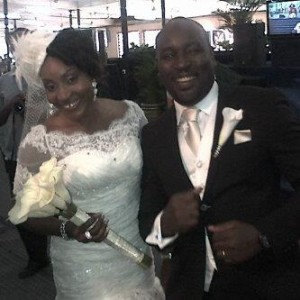 "The guy on my dp is Ugo Ozuah an amazing guy. Ugo went to Kings College, Lagos and UI. He got married last week Saturday. He was shot by the Nigerian Police 5 days later in front of the UPS office on the Gbagada Express as he and his friend were flagging down a taxi cab. The police pickup pulled up and shot Ugo twice in his chest at close range as the bullet came out his back. He was not resisting arrest, he was not arguing with the police, he was not asked to identify himself, he just stood with a friend. These policemen in uniform were drunk, IG of police has said they were not his boys. I guess he saw them from his Abuja office. They say they were thieves dressed as police, that’s even a bigger problem. Mr IG, who is selling police uniform, who is selling guns and renting police vehicles. We may not get justice for Ugo but please keep broadcasting till someone listens and takes action. It may be your brother, sister, friend, child, parent etc tomorrow God forbid. But there has to be a process for the Police force. If they suspected Ugo he could have been shot in the leg, he should have been asked to identify himself. Not killed like an animal and left to die. Thank you and God bless." 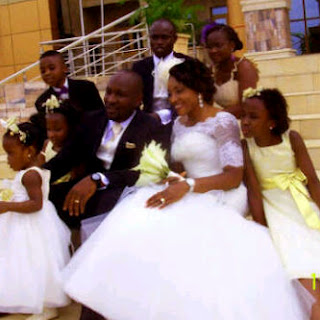 Yet, another story on Naija life by his friend, Mr. Ayo Dee

September 20th, 2012 started like any other for many of us. It was a regular day, albeit a special one, as our Alma Mater, King’s College Lagos (KC) was celebrating its 103rd anniversary. Consequently, many Old Boys spent the day exchanging felicitations face to face, via phone calls and the internet. Unknown to many of us, this was the last time we would only associate that date with the anniversary of the founding of our dear school, for on the day in 2012, King’s College Lagos lost Ugochukwu ‘Ugo’ Ozuah, to the cold hands of death. It wasn’t a normal death due to sickness or negligence on his part, but death in the form of an execution carried out by men of the Nigeria Police Force who randomly decided to shoot him in the chest at point blank range. Ozuah and the rest of our set graduated from KC in 1993. Upon graduation he went on to the University of Ibadan for his undergraduate degree. Having completed his education in the 90s, he returned to Lagos to join the work force and begin his professional life. He also had a lot to look forward to in his personal life as he got married to the love of his life exactly a week ago, Saturday the 15th of September 2012, and had just returned from his honeymoon on Wednesday, the day before his tragic death. It was with immense shock that those of us on our set’s mailing list received a message on the morning of September 21st stating that he had been shot and killed the day before by the police. With disbelief many of us asked follow up questions to the person who originally sent out the message, trying to ascertain if he was sure it was indeed ‘Ozuah’ (as many of us called him) who had been murdered, within an hour we had another member of our set confirm that Ozuah was indeed the one. As details emerged, it turned out that one of our former classmates who is now based in the UK had come into Nigeria for Ozuah’s wedding. This classmate had gone to visit the new family after they returned from their honeymoon, and at 10pm had been driven to the Gbagada Expressway (in front of the UPS office) by Ozuah to catch a cab home. As they were waiting for a taxi to pass by, a Police pickup truck with intoxicated but uniformed policemen in it pulled up about 10-15 feet from them, and a policeman fired a shot directly into Ozuah’s chest, with the bullet going right through. The classmate who was with him immediately ran for cover, as he did not want to be shot too. By the time he returned a few minutes later, Ozuah’s bleeding body was on the ground, with a plethora of policemen, including the DPO from the Anthony Police Station gathered around it. He was late transported to a private hospital in Ikeja where he was confirmed dead, even though the Gbagada General Hospital was nearby. Thus a young man’s life was snuffed out by a police force that was created to serve and protect him and his fellow citizens. I’m still in shock, angry, bitter, disappointed and dejected, but I’m determined to play my part to ensure his death would not be in vain. The Nigeria Police Force must arrest and prosecute the policemen responsible for his cold blooded murder. I’m also putting this narrative out now, so that tomorrow we won’t hear how Ugochukwu Ozuah was resisting arrest, or got shot during an armed robbery operation gone wrong, or some other ridiculous story that the NPF is notorious for concocting when they shoot innocent people down in cold blood. I pray the Lord grants his family the fortitude to go through this terrible time, and his new bride strength as she mourns a man she had barely been married to for one week. To Ugochukwu Ozuah, the self styled ‘Wizard of Oz’ from our KC days, I say Floreat and adieu my brother, one day we shall meet again in a much better place. Mr. Aye Dee

Many people have been calling for justice.