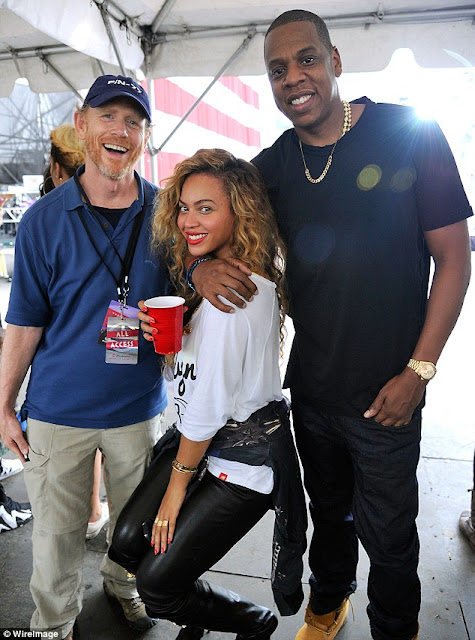 Why aren't I surprised, the very Classy Beyonce wouldn't be seen frolicking with the Perfect Bitch Reality Star.
Recall that Beyonce's fans were outraged when it seemed like there was a  budding friendship between she and Kim, when they both stood together and watched their partners in concert. Beyonce's little sister, Selonge didn't find it interesting at all, so, it wasn't surprising that 'Kim and Beyonce barely spoke to each other at Jay-Z and Kanye West concert.

They were on opposite sides of the stage. Beyonce didn't even acknowledge Kim was there until the concert was almost over.

However, when they both went backstage into one of the dressing rooms, insiders say they spoke a little to each other but 'uncomfortable' Kim spent the majority of her time with Kanye and her best friend Jonathan Cheban.