At crossroad. He still wouldn't propose after 3 years. What should I do? 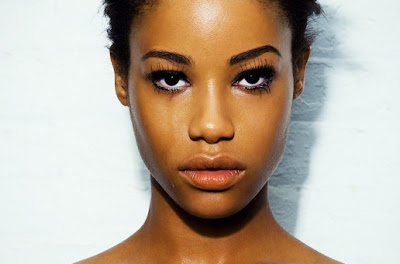 I read your post on 'Do I marry her or walk away after 4 years of courtship' and decided to share my experience and seek advice.

I am 28 and had been dating for 3 years. My relationship was quite steady and I expected my guy to propose when I finished service 2 years ago. My birthday, his birthday and our dating anniversary came and went by and he still didn't proposed, I presumed he was going to propose immediately I got a job, but even this didn't happen, I knew I had to do something. So, after yet another birthday, I sat him down and told him we needed to talk.
I asked him if he had any intention of getting married and when, so I will know how to plan my life and that was when I got the shocker of my life!

He began by saying he used to love me but right now, he didn't think I was the type of woman he wanted to marry and after probing and probing, he came up with these excuses.

I kept secrets from him. He said he'd gone through my phone and discovered that I will rather talk to my friends and family instead of talking to him about issues that bother me. An example was the marriage issue which I'd discussed with my best friend over our BB about 5 moths ago and I didn't know he had seen it. He also mentioned an abortion I had for him over a year ago which I didn't think I should mention lest he thinks I was trying to trap him with pregnancy. I was shocked that he knew, yet, he didn't raise the issue until now. I tried to explain my reasons to him, which was that I din't want to sound desperate or come across as wanting to trap him, but he insisted that he had the right to know and would have been happy to take full responsibility of the child. He said he never forgave me for having the abortion without his consent.

The next point was a bigger shocker; I'd stopped being stylish. I stopped being dressy and didn't care about my appearance any more. That was absolutely untrue as the only reason why I wasn't so fashionable any more was because I was trying to save money for our future as well not ask him for so much money so that I won't come across as a gold digger just because he's rich.

I had become boring and unadventurous. He said when we started dating, I always came up with great ideas on what we should do and where we should visit. I also enjoyed visiting hotels and laughed alot but these days, even when he suggests something fun, I always had one reason or another why we couldn't do them. He said, he didn't want a boring wife. This one was a shocker, as I work now. Was I supposed to leave my job and go jumping around with him?

I had lots of things on my mind which he has noticed I don't talk about. He said, I took a lot of shit from him an he knows I hurt, yet, I don't ask him or demand and explanation. He mentioned the time he was cheating with his colleague whom he told me once was just a friend. He said he knows that I knew that he was lying but rather than ask him, I was imploding and waiting for us to get married before I explode. He said he could see it and feel that I never try to resolve issues with him, I sweep them under the carpet.

After this last statement, I totally lost it. I felt so hurt, I felt like I was going to die. Why didn't he say all these things all these while, why didn't the talk about them? Wasn't he as guilty as I was? Why was I the one being blamed for all these things? Couldn't we have worked on them? Do these things mean I am not good enough to be his wife? I was so shocked that he kept so much on his mind after 3 long years of dating.

I walked away in pain, hoping he'll call me and  invite us talk about them.

It's been over 3 weeks now and he hasn't called even once. I have been fighting with the temptation to call but I'm afraid he's already made up his mind about us. He admitted he's ready to get married but doesn't think I'm the woman he should be married to.

Now, I'm wondering, should I pick up my phone and call him, should I go and see him, go on my knees and beg him? will it make any difference? Is he just trying to test my level of patience and endurance?

I have spent the last 3 years of my life seeing him as my future husband and loving him, where do I start from? how can I pick up the pieces of my life if we don't get back together?

Please I need genuine advice.
Posted by Yimiton at 8:53 AM