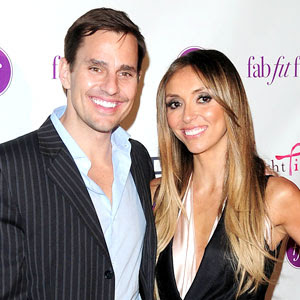 The Rancics told said they were beyond elated and couldn't believe their journey to become parents is finally complete.

Bill cut the umbilical cord minutes after the baby was born, and Giuliana was the first to hold her son for a long while, then gave him to Bill to embrace. The new parents both fed their baby, who they say had a big appetite, and doing incredibly well and has had his first bath.

Bill announced his son's birth on Twitter saying, "The 'Duke' has landed! Edward Duke Rancic was welcomed into the world last night at 7lbs 4oz. In his words, "G & I feel blessed beyond words...We did it!"

I'm so happy for them. I've watched Guiliana from the beginning craving so much for child.
Congrats Guiliana, I'm sure you'll make a great mom.
Posted by Yimiton at 1:02 PM