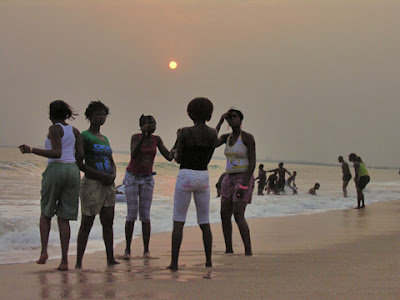 High waves accompanied by ocean surge swept away 16 persons in Lagos around 2am this morning. One victim was reported dead. The police confirmed the body was recovered. The victims include 11 traders in a boat, four picknickers and a diver. Scene of disaster was Kuramo Beach on Victoria Island.
The disaster occurred as Lagos State government ordered “immediate evacuation of the state’s waterfront.”Kuramo Beach was listed among the waterfront to be evacuated “to make way for movement of sand into the area.”A state government statement on the evacuation was silent on those allegedly swept away.

A local diver on a fishing boat who attempted to rescue the traders  in the boat reportedly got drowned.The four  fun seekers at Kuramo Beach  were said to have been  swept off with their cabins.Some fishermen who were paddling their canoe towards the upper side of the beach were also swept away.