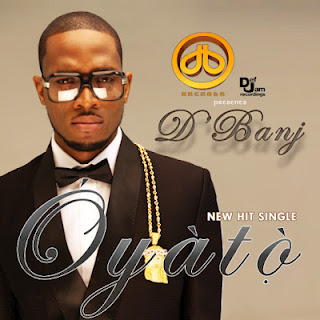 Immediately I heard that D'Banj had a new single out, I quickly logged on to 4shared.com to download and listen to it. Wanted to hear it hot and fresh. I was full of anticipation and excitement.

I must say though that I was quite disappointed after listening to the song. There was just something missing. It didn't have the quality of D'Banj's regular songs. In-short, it sounded worse than the very first songs he made. It will definitely flop at a party as well as it doesn't make for good listening. I just couldn't believe that was much anticipated single from D'banj.
Seriously, I think D'banj and Don Jazzy need to have a talk and reconsider their stands and if possible get back together till when they're strong enough to hold their own separately. I say this becuase the last album released from the stables of Don Jazzy was nothing to write home about either.

I've seen people praising the single here and there but in my own opinion, if we're true to ourselves and to D'banj, we'll probably tell him the truth, which is 'OYATO' SUCKS!

My 2 cents. You can leave your comment if you agree or disagree with me on this one.
Posted by Yimiton at 4:58 PM