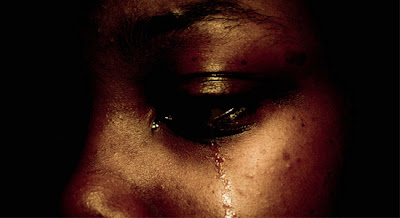 I don't get why this woman stayed in this relationship for this long. Annoyingly, she wasn't even married to her partner, yet, endured all that abuse. I also wonder why she's seeking divorce since she was never married to the man in the first place.
Continue to read the full story.
According the Thisdayonline, Rachel Raheem, 28, accused her husband, Aliu Raheem, of beating her constantly and once stripped her naked in the public.

In her suit seeking for divorce, Rachel also alleged that Aliu brought home other women and had sex with them in her presence. When she protested, according to her, he beat her.
She also informed the court that her husband would not give her more than N500 as feeding allowance, but would increase the money to N700 whenever he wanted to have sex with her.
The couple have lived as husband and wife for 11 years despite the fact that no formal marriage was contracted and no bride price was paid.
"To my surprise, he got married to another lady secretly, and  the lady delivered a baby shortly after l gave birth to my second child," said Rachel, adding that Aliu became more violent after the second woman moved into their home.
Oloyede Isaac, a friend of Rachel's father, supported her claims. He said that he encouraged Rachel to file for divorce when he could no longer tolerate the way Aliu was "always stripping his wife naked in pubic".
Responding, Aliu denied the allegations, accusing Rachel of not caring for him and the children. He alleged that Rachel always returned from the market late at night and often neglected to prepare dinner for him and the children. He denied beating his wife, but admitted to slapping her once.
Posted by Yimiton at 3:50 PM