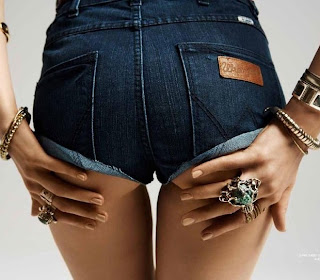 A lady was going on her own jejeje in the 'Bend Down Select' Section of the Mararaba market in Nasarawa state. She was wearing a short blouse and pants when people started booing at her in the market.

Trust market people now, before you know it, men and even women  were running after her. The bike men tore her cloths completely, leaving her totally naked while they formed a ring around her and watched her cover her face in shame.

Fortunately, some guy in the market was kind enough to bring some clothes and covered her up then, she was smuggled out of the market.

Nigerians can be harsh sha. But really, if a lady is dressed that way, she shouldn't go close to a market in the North and especially, not the second hands cloths section. It's almost certain this will happen.