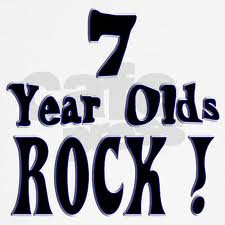 OK Guys, I wrote this a long time ago and just re read it. It made me laugh so hard, I really wanted to share it. It's a real life childhood experience.

Since I remembered this incident, I've practically be giggling.

When I was a kid of about 7, I felt I was not special. This was because every other person in the house always seemed to have one reason or anther to be treated specially. I was jealous of my immediate elder sister because she was ill once and she was given so much attention, I was green with envy. She travelled, got a lot of gifts and had so many other treats.

My younger brother too had a home accident while we were playing. He was also treated 'special' he was taken to the nearest city, to one of the best hospitals in the state for treatment. He returned with toys. There was one particular toy I was very jealous of; it was a toy train. I couldn't imagine how lucky he was, I so wanted a toy train of my own. To make matters worse, he wouldn't even play toy train with me, he'll rather hang out with boys his age and play with them.

So, I started wishing, hoping and praying that I either fall ill or simply have an accident! It was that bad, I needed some attention too.

One day, what seemed to be like a granted prayer happened, I actually had an accident! A rusted nail pierced my foot. I was too excited to cry, even while the blood flowed out. Oh my gosh! I was going on a trip too, I'll get lots of gifts, I was already dreaming of toy trains, dolls and so many toys I definitely wasn't going to share with my younger brother.

My dad was sent for and while I was expecting the treats, he started by scolding me for playing in the wrong places. To make matters worse, one of our neighbours confirmed that I was fond of playing and running around where I had no business . My dad was mad at me and I was taken to a local chemist for first aid and later taken to the local hospital for Anti Tetanus Injections and proper treatment. I was waiting to hear the magic word that I was being referred to the city where I will spend a few days and every thing I ever wished for will be granted. Unfortunately for me, that was never the case. All I had were very painful doses of injections and bitter pills to swallow in the local hospital!

I learnt my lesson then and even now as I write this and remember that day, I can't help but laugh. What some kids will do for attention.

Please do leave your most memorable childhood event story in the comment box. Don't spoil the fun oh.
Posted by Yimiton at 1:37 PM